This morning I watched a video that made me realize that I’m lonely and it’s by choice.  There is no telling what or who I have missed by sitting in-front of this computer.  Have you ever wondered what kind of world we have created for our children and grandchildren.  I can truly say that I understand the line, “back in the good-ole days.”  There is so much my Grandchildren will not see and experience due to technology.

Take a look at this video and give it some thought.  Have a blessed day.    Shirley 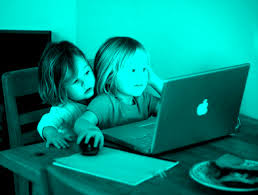 I was surprised when I heard the statistics of those who don’t. Being one of those people who usually follow the rules, I turned off my electronics before I boarded a plane. It seems the FFA is possibly going to lighten up a bit on their rules, but should they.

Electromagnetic waves put off by passengers electronics devices could interfere with an aircraft’s electronic controls. This would be things as the GPS navigation system. Let’s see now we’re on the plane and have just taken off and we are headed for New York. You look around and everyone is either talking on the phone or playing games on their ipad, ect. You get the idea. We are in the air a couple of hours and the captain announces overhead that we have to turn around because we have been flying towards Spokane Washington and something must have happened to the GPS system. Since this is my story just ignore the fact that the tower should have contacted them long before they discovered they were headed the wrong direction. So since everyone was late they missed their connecting flights.

Dozens of complaints are filed every year by commercial pilots because their instruments went haywire. After they asked the customers to check their electronics to be sure they were off, the problem cleared up. In 1993 the FFA put the ruling in place that the plane had to be above 10,000 feet before any electronic gadgets are turned on. Do you know why it’s 10,000 feet? The flight crew has enough time to react to the circumstances and possibly save our life.

A recent survey conducted showed 40% of passengers with electronics do not bother to turn them off. That’s only 10% less than half thumb their noses at the rules. I find that rather alarming.

Right now there are punishments in place for those who are caught.  Alec Baldwin was kicked off an American Airlines flight because he refused multiple times to stop playing a game on his Smartphone.  Last year there was about thirty police cars surrounding a plane at La Guardia Airport. Something really bad had happened. A man refused to turn off his cell phone during taxiing, so he was arrested. A Saudi Arabian passenger who flouted the cellphone ban in 2001 received seventy lases. “Ouch”

As I said in the beginning of this piece do we really want them to change the rules. Do you want to talk on the phone more and possibly risk your life. Something to think about. Up until a few minutes ago I couldn’t decide what I wanted to write about today.  Then I read an article that turned my thinking around.  It’s there for everyone to see on Yahoo about ATT throttling back the speed on their customers in congested areas.  I have been a Verizon user since I started carrying a do everything phone.  I was seriously thinking about changing to ATT to be on the same network as my daughter.  I’m not thinking that any more.

I have never had a problem with Verizon so they will have me for the forseeable future.  Why should I change to a phone service  who would cut my speed and make my do everything phone just like the first cell phone I had, and pay every increasing fees.  I used to say something was “slower than Christmas,” but I have now reached the age that Christmas gets here very quickly, so I have to think  of a new one.  How about slower than cold molasses.

In my way of thinking they are going to lose customers by their throttling back policy. If you happen to be one of those that has been throttled, I’m truly sorry.  If you haven’t read the article and would like to, here is the link: http://news.yahoo.com/t-customers-surprised-unlimited-data-limit-080906861.html , Have a great Valentines Day.